This just in: Twentieth Century Fox has cast floppy-haired, doe-eyed, Half Dome-nosed Adrien Brody in the lead role…what they’re calling the “Arnie role”…in the upcoming Predator sequel, which is called…wait for it…Predators!

And who said Hollywood was creatively bankrupt?

So, to clarify, you old school fans of John McTiernan’s kick-arse 1987 original remember this… 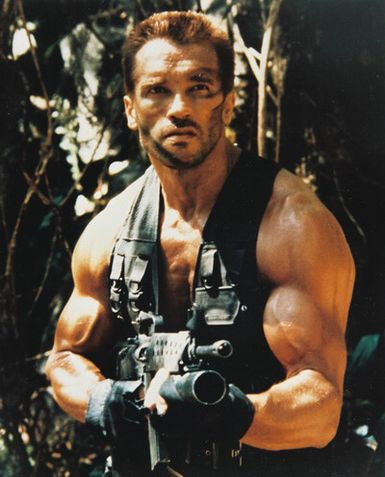 But the new generation of fans, you know those touchy-feely, cry-baby Gen Y’ers?  Well, you welps get this… 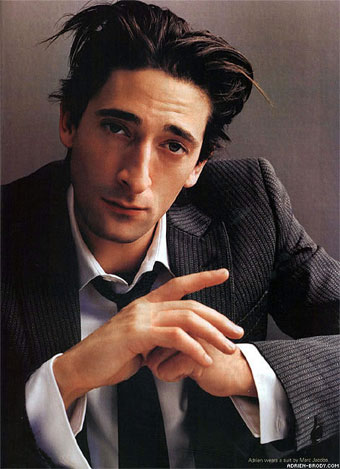 "Um, bros? I have an ouchy on my finger, can we take a Rock Star energy drink break?"

But that’s not the only odd name on this flick.  First you’ve got the director…Nimród Antal.  There’s a moniker that really sells in America.  I’ve already got my eye on this guy, because he directed the upcoming Armored, which comes from a great script by first-time screenwriter James V. Simpson, so if Nimrod screws it up, I just may have to see if he bleeds and if that kills it. (I know that doesn’t make sense, but if you think I’m done with the Predator references, well, then, Dillon, you ain’t got time to bleed. [dying kazoo sound])

No, that’s not a typo…Mahershalalhashbaz Ali.  According to his imdb bio page…”The name “Mahershalalhashbaz” is from the Book of Isaiah (chapter 8; verse 3) in the Hebrew Bible. It is the longest proper name that appears in the bible.”

So his parents are insane.  Got it.

But wait, he’s from Oakland and went to St. Mary’s and NYU.

I take it back.  He’s officially now the coolest thing about this project.

Which is not saying a ton, but hey, it’s something.

Whatever happens, I hope this Maha-marshmallow guy gets to draw his bowie knife and cut a swath across his baby-skinned chest and face the predator at the middle of a massive downed log that crosses an unholy chasm.  And when he dies, and you know he will because he’s a black guy and he’s not a name actor, he unleashes a guttural yell straight from the depths of Hades to make Sonny Landham roll over in his grave. And Sonny’s not even dead, which I know because he plays “Chief Bear” in an upcoming movie (which is probably already out on dvd, let’s face it) named Mental Scars (2009) and he played “Boone Cagle” in the 2007 gem by the name of Disintegration. Didn’t that win Venice?

But hey, let’s look on the bright side; at least they’re not rushing it, right?

“Predators” opens nationwide on July, 9, 2010.  They have yet to begin shooting. I’ll give me the last word…

Looks like Twentieth Century Fox has thrown the fans and us into a meat grinder after cooking up a story about a pianist award-winner.

2 responses to “Brody! You son of a bitc-[MASSIVE HAND CLAP & BICEPS FLEXING MATCH]”